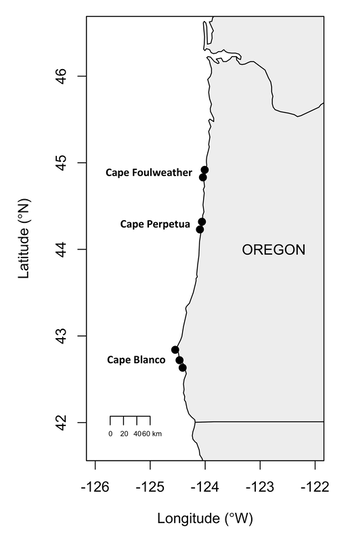 The Oregon rocky shores are a part of the California Current Large Marine Ecosystem and the coast is defined by regional gradients in the intensity of wind-driven upwelling. Shores on Cape Foulweather and Cape Perpetua are characterized by intermittent upwelling and Cape Blanco is characterized by more persistent upwelling. Cape Foulweather and Cape Blanco are characterized by high nutrients, low recruitment of mussels and barnacles, and low predation. As a result, these regions have relatively low invertebrate abundance and are dominated by high abundance of macrophytes. The patterns are reversed for the Cape Perpetua. This region is characterized by high recruitment of mussels and barnacles, and high predation, resulting in high abundance of invertebrates and low abundance of macrophytes. We have conducted observational studies and experimental manipulations of the rocky shores since the late 1970s 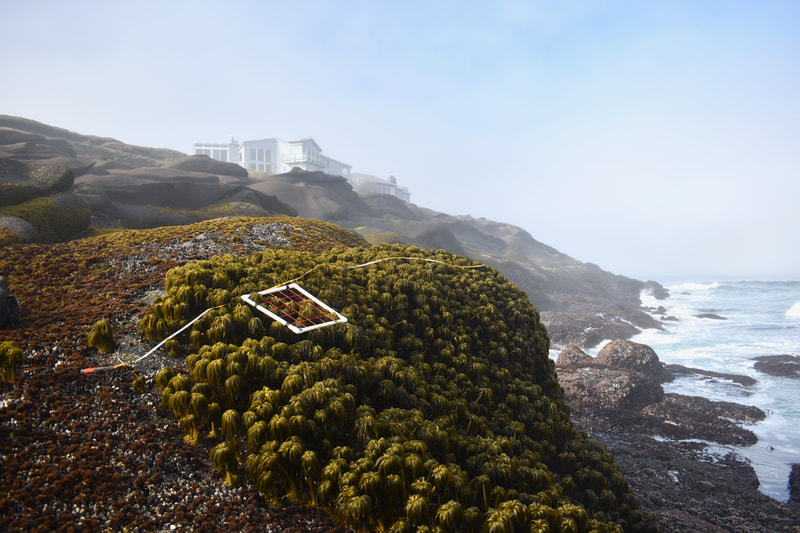 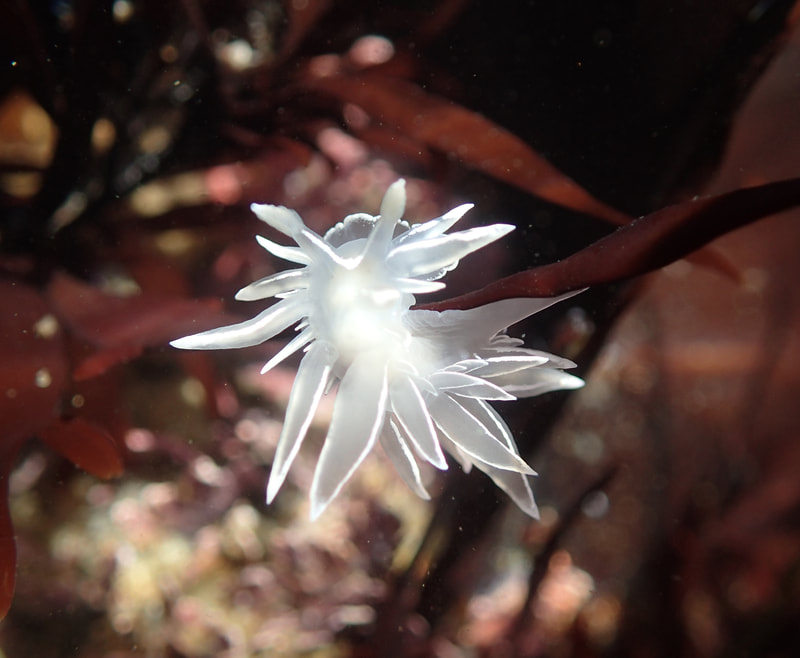 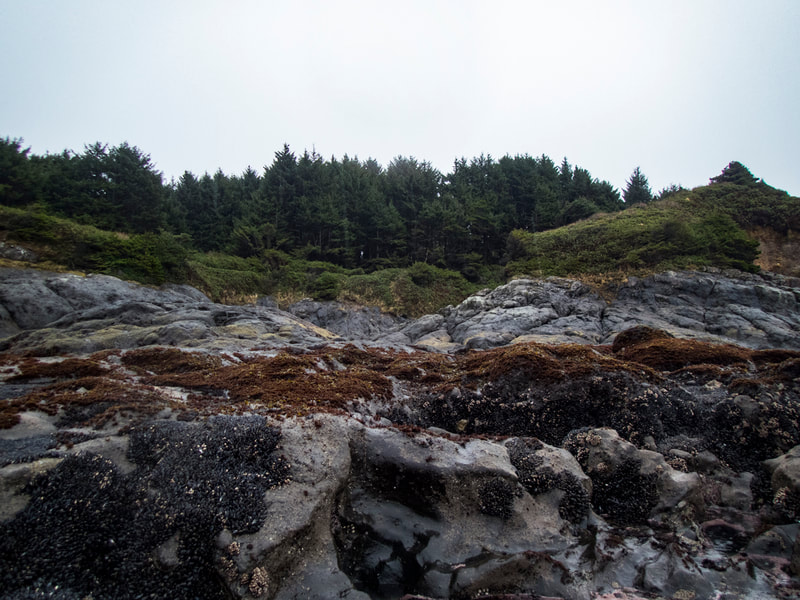 New Zealand is surrounded by several major water masses: the subtropical East Australian Current, the Westland Current, and the Southland Current. These currents create intermittent upwelling on the west coast of the south island of New Zealand and persistent downwelling on the east coast. Rocky shores are dominated by barnacles in the high zone and mussels in the mid zone. The low zone is dominated by kelp and fucoids on the east coast, and bare rock and algal turf on the west coast. Recruitment and growth of sessile invertebrates and the effect and rate of predation are low on the east coast and high on the west coast. Several of our past and current projects assess the effects of environmental processes (i.e., pH, light, nutrients, and temperature) and biological processes (i.e., grazing, predation) on the abundance and distribution of invertebrates and macroalgae. Current student projects include studies on the effect of variable oceanic regimes on crustose coralline algae, and whether whelks exhibit local adaptation to environmental stressors 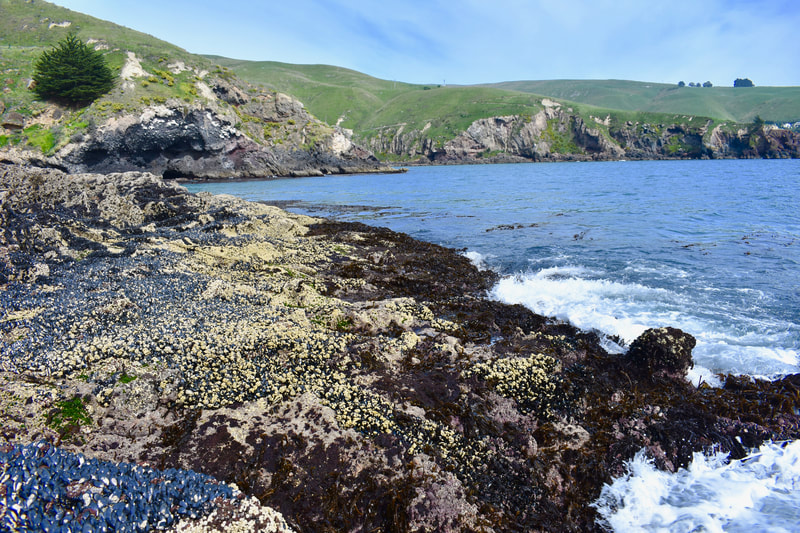 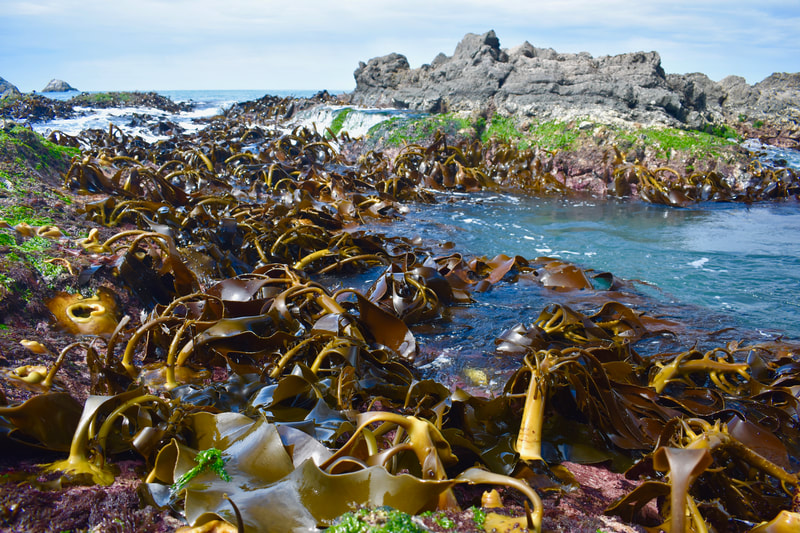 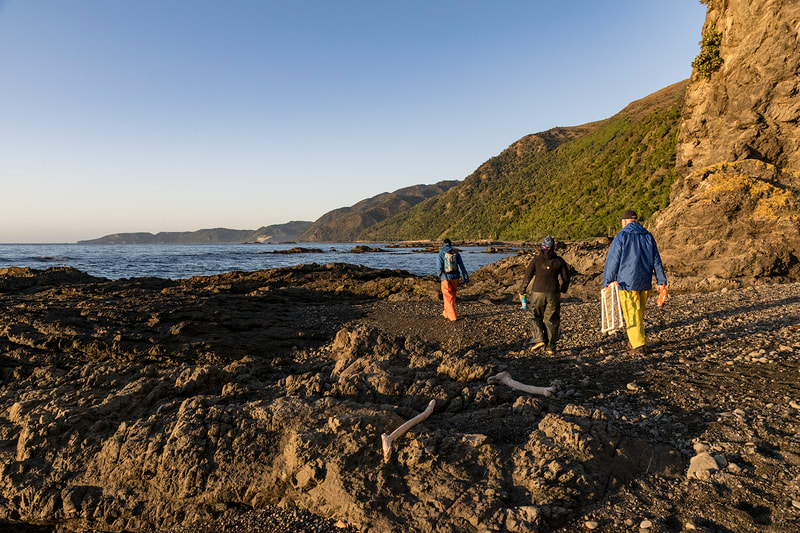